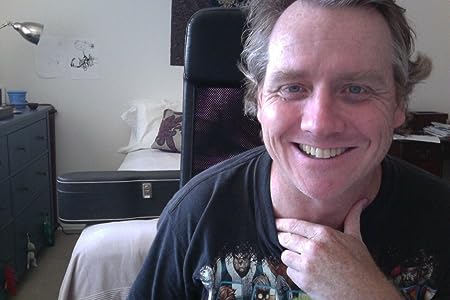 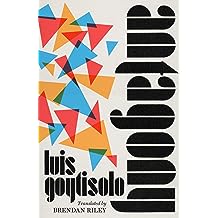 Antagony surveys the social history of Barcelona and Catalonia, primarily since the end of the Spanish Civil War in 1939. The work, originally published as a tetralogy and now collected into one volume, follows the youth and education of Raúl Ferrer Gaminde, son of a well-connected, middle-class Catalan family that embraces Franco and Spanish Nationalism. Its potent drama plays out through Goytisolo’s crisp, forceful presentation of youth, humor, optimism, rebellion, violence, sexual awakening, indulgence, punishment, and the realization of one’s artistic vocation. Alternately modern and historical, Antagony displays intelligent realism, emotional gravity, profane beauty, brute vulgarity, sweeping rhetorical scope, and seamless transitions through long, streaming passages of narrative and introspection. 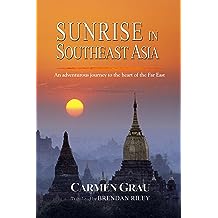 Using Bangkok as her jumping off place, Carmen visited all the countries of the Indochinese peninsula––Thailand, Laos, Vietnam, Cambodia, and Burma––and then moved on to Malaysia, as well as Sumatra and Java in Indonesia. She also made brief visits to Hong Kong, Macau, and Singapore.

While visiting many cities and famous destinations Carmen also made the point of traveling slowly, often trying to leave the beaten path, and have close, personal encounters with the people, languages, and cultures of these lands that remain, as she describes in vivid detail, mysterious, exotic, baffling, and enchanting.

Her rich, extensive, and engaging travelogue describes her time in more than sixty different locations, cycling the streets of Vientiane, walking through the quiet Burmese countryside, learning to scuba dive in Malaysia and make traditional wood carvings in Sumatra, and often venturing to unfrequented, out of the way places. Sunrise in Southeast Asia is Carmen's bestselling account of this adventurous journey through Indochina and beyond.

"Carmen’s frank, open-minded, good-humored narrative of her ups and downs along the road will surely inspire readers to challenge themselves to find the courage to depart from familiar, comfortable places and assumptions to discover the heart of humanity in the world at large." Brendan Riley

About the author
Carmen Grau was born and grew up in Barcelona, Spain. She holds a B.A. in English from the University of Barcelona and a B.A. in Liberal Arts from Providence College, R.I. She writes in English, Spanish, and Catalan. She has traveled extensively and lived in different countries like the USA, Singapore, Malaysia, and Australia. In the year 2000 she set out on an unplanned journey around several Southeast Asian countries, and a year later she wrote Amanecer en el Sudeste Asiático (Sunrise in Southeast Asia), the number one ebook in all travel categories on Amazon Spain in 2012 and 2013. In 2004, she wrote the novel Trabajo temporal. In 2013, she published a second travelogue, Hacia tierra austral, which tells her journey on board some of the most legendary trains in the world, from Barcelona, Spain to Perth, Australia. The novel Nunca dejes de bailar is her most recent work, published in February 2015. She writes regularly in her blogs: elblogdecarmengrau.blogspot.com, in Spanish, and raisingboysinoz.blogspot.com, in English. Apart from writing and traveling, Carmen has many other passions like cooking, walking, and reading; most of all, spending time with her two unschooled sons, Dave and Alex. She is a child advocate and a firm believer in the right of children to self-education. When not traveling, Carmen and her two sons live in Dunsborough, a small town in the South West of Australia.
Leggi di più
Altri formati: Copertina flessibile
include IVA (dove applicabile) 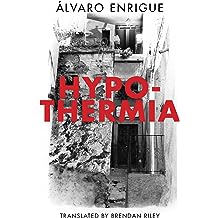