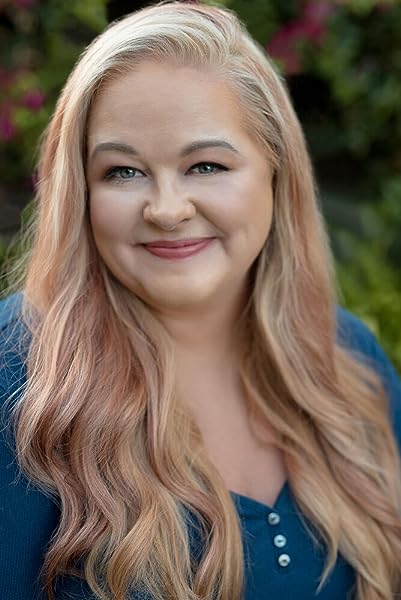 The Diamond Eye: the brand new WW2 historical novel based on a gripping true story from the #1 bestselling author Copertina rigida – 31 marzo 2022

In the snowbound city of Kiev, aspiring historian Mila Pavlichenko’s life revolves around her young son – until Hitler’s invasion of Russia changes everything. Suddenly, she and her friends must take up arms to save their country from the Fuhrer’s destruction.

Handed a rifle, Mila discovers a gift – and months of blood, sweat and tears turn the young woman into a deadly sniper: the most lethal hunter of Nazis.

Yet success is bittersweet. Mila is torn from the battlefields of the eastern front and sent to America while the war still rages. There, she finds an unexpected ally in First Lady Eleanor Roosevelt, and an unexpected promise of a different future.

But when an old enemy from Mila’s past joins forces with a terrifying new foe, she finds herself in the deadliest duel of her life.

The Diamond Eye is a haunting novel of heroism born of desperation, of a mother who became a soldier, of a woman who found her place in the world and changed the course of history forever.

Praise for The Diamond Eye

‘Recommend it to all lovers of smart historical fiction’ Booklist

‘A fascinating read . . . if you’re a fan of 20th-century history then look no further’ Altrincham Today

More praise for The Diamond Eye

‘The most well-known sniper you’ve never heard of . . . Quinn weaves humanity and emotional depth through the narrative’ Sarah Penner

‘Immersive, thrilling and packed with wonderful characters… I loved every page of this incredible book’ Jill Mansell

‘If you enjoyed The Tattooist of Auschwitz, read The Huntress by Kate Quinn’ Kristin Hannah, Washington Post

‘An unforgettable love story but also a tale of friendship, fortitude and forgiveness’ Susan Meissner

‘[Her] page-turning narrative is enhanced by her richly drawn characters . . . which come alive via Quinn’s extensive historical detail’ Publishers Weekly

‘[A] complexly structured saga . . . the book’s psychological and dramatic elements combine for a powerful and satisfying finale’ Wall Street Journal

Kate Quinn is a native of southern California. She attended Boston University, where she earned a Bachelor's and Master's degree in Classical Voice. A lifelong history buff, she has written four novels in the Empress of Rome Saga, and two books in the Italian Renaissance detailing the early years of the infamous Borgia clan. All have been translated into multiple languages. She and her husband now live in Maryland with two black dogs named Caesar and Calpurnia.

Angie67
4,0 su 5 stelle A great piece of history
Recensito in Italia il 15 maggio 2022
Acquisto verificato
I preordered this book as soon as I could and I was not disappointed.

Kate Quinn happens to be my favourite historical fiction writer and I couldn't wait to get my hands on her latest work.

This was another incredibly well researched story and one that was very interesting to read as the main character is based on a real Ukrainian female sniper! How cool is that?

The story of Mila Pavlichenko, a young single mother studying to be a historian, is really fascinating. A certified markswoman, she doesn't hesitate for a second to join the Russian army when Hitler invades her country. Although she regrets being separated from her son, she thrives as a sniper and becomes a national heroine after killing more than 300 Germans.

Much of the story takes place on the battlefield and we follow her in the most desperate situations, where she always shows courage and perseverance that earns her the respect and admiration of her men!

Quinn masterfully weaves in a couple of love stories and an assassination plot which was very intriguing to read, as well as a welcome reprieve from the front line war aspects.

I loved reading about Mila’s propaganda tour of the United States and the unusual friendship she forms with the First Lady!

This was not Quinn's usual book about World War II, as most of the story comes from Pavlichenko's memoirs. And I think that may have contributed to making it almost too detailed, especially the long chapters explaining the battles. With the current situation in Ukraine, some parts were hard to read!

This may not be my favourite Quinn book, but it is still an excellent read that any historical fiction lover should grab!
Leggi di più
Utile
Segnala un abuso
Traduci recensione in Italiano

Annarella
5,0 su 5 stelle Highly recommended
Recensito in Italia il 24 aprile 2022
Kate Quinn writes excellent historical fiction and the Diamond Eye is another gripping, well researched, and compelling story by this author.
I didn't know anything about Lyudmila Pavlichenko and I was glad to get to know this extraordinary woman who faces the issue of everyday life but who's also a sniper with more than 300 killings under her belt.
The story is set during WWII and it's well researched as usual. Lyudmila Pavlichenko was Ukrainian and this may sound weird due to the ongoing war.
Highly recommended.
Many thanks to the publisher and Netgalley for this ARC, all opinions are mine
Leggi di più
Utile
Segnala un abuso
Traduci recensione in Italiano
Visualizza tutte le recensioni

I had been impressed last year by Quinn’s WWII novel, ‘The Rose Code’ and how well she had blended real life events and historical figures into the narrative.

In ‘The Diamond Eye’ she focuses her story around the life of Mila Pavlichenko, an aspiring historian who in 1937 was living in Kyiv (Kiev), Soviet Union. Her life revolves around her academic work and her young son until Hitler’s invasion of Russia changes everything.

Mila had already acquired an Advanced Marksman Certificate before the invasion. She quickly signs up and is assigned to an elite sniper unit. There her gifts are honed to perfection. She gains a reputation and acquires the name Lady Death.

In 1942 Mila is selected to be part of a Soviet delegation to the USA. Their mission is to convince President Roosevelt to commit resources to the war in Europe and specifically to the Soviet Union. Mila is perceived as an oddity though finds an unexpected ally in First Lady Eleanor Roosevelt. Yet she is unaware that she is being closely observed by a man only identified to us as the Marksman. He appears to have nefarious plans.

Quinn moves between Mila’s harrowing experiences on the Eastern Front and her being feted around the United States. On occasion there are Notes by the First Lady as well as brief extracts from Mila’s official and unofficial memoirs.

I found Mila an accessible protagonist and especially appreciated her frustration at the way she was treated in the States: “I wish they’d stop calling me the girl sniper,” the marksman heard her mutter in Russian … “Only in America can you be a soldier and twenty-six, and still be a girl.”

Quinn’s Author’s Note provides details of how she first encountered Mila Pavlichenko when researching an earlier novel and felt that her extraordinary life story warranted its own novel. Quinn includes a bibliography, internet resources, and even film references. There is also a section of historical photographs.

Overall, I found this an excellent work of historical fiction with elements of a political thriller woven into the story. It’s climax certainly proved nail-biting.

Sunflower21
4,0 su 5 stelle A girl sniper
Recensito nel Regno Unito il 16 aprile 2022
Acquisto verificato
An other page turner from the author. A great historic fiction book on WWII Soviet sniper Lyudmila Pavlichenko. Well written with amazing historic details and interesting characters. It is about friendship, love and courage and the horrors of war. Sometimes it is s bit long, especially when it comes to Mila's confronting her husband. The book probably could have held the attention of more readers if it would have been a bit shorter.
Leggi di più
Segnala un abuso
Traduci recensione in Italiano

Nilton C. Teixeira
3,0 su 5 stelle Not so fascinating
Recensito in Canada il 2 aprile 2022
Acquisto verificato
Because I loved “The Rose Code”, my anticipation was too much.
I purchased a copy as soon as it was released. Fortunately it was on sale at 40% off, but I could have gotten a copy from the library, for free (and it was immediately available through Overdrive/Libby!).
I did enjoy the writing, as expected, although it was repetitive in some parts, but I wasn’t a fan of the development of the storyline. I don’t think that the structure was very favourable here. There was something missing.
I wasn’t engaged or fascinated the way I was with her previous books, and I was bored most of the time.
If I hadn’t purchased a copy I would have stopped at 20%.
The book could have been shorter.
As for the characters, I really did not care for anyone.
Unfortunately this one did not impress me, but I have no doubt that it will be a hit with other readers.
Leggi di più
Una persona l'ha trovato utile
Segnala un abuso
Traduci recensione in Italiano

Jan
5,0 su 5 stelle Brilliantly spellbinding
Recensito in Australia il 11 aprile 2022
Acquisto verificato
What an author Kate Quinn is! Kate has distilled a superb rendition from historic facts interwoven with some fictional licence into a story that is absolutely fascinating and encouraging. Offset in particular against the current brutal invasion and indiscriminate attack of Ukraine by Russia, there are so many parallels that bring out suffering, but also enormous courage in the defence of one’s own country against unwanted invaders. May we take heart from this.
Leggi di più
Segnala un abuso
Traduci recensione in Italiano
Visualizza tutte le recensioni