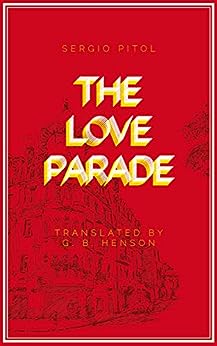 Following the chance discovery of certain documents, a historian sets out to unravel the mystery of a murder committed in his childhood Mexico City home in the autumn of 1942. Mexico had just declared war on Germany, and its capital had recently become a colorful cauldron of the most unusual and colorful of the European ilk: German communists, Spanish republicans, Trotsky and his disciples, Balkan royalty, agents of the most varied secret services, opulent Jewish financiers, and more.

As the historian-turned-detective begins his investigation, he introduces us to a rich and eccentric gallery of characters, the media of politics, the newly installed intelligentsia, and beyond. Identities are crossed, characters are confounded; Pitol constructs a novel that turns on mistaken identities, blurred memories, and conflicting interests, and whose protagonist is haunted by the ever-looming possibility of never uncovering the truth. At the same time a fast-paced detective investigation and an uproarious comedy of errors, this novel cemented Pitol’s place as one of Latin America’s most important twentieth-century authors. Winner of the Herralde Prize in 1984, The Love Parade is the first installment of what Pitol would later dub his Carnival Triptych.

“This novel is not only the best that Pitol has written, but one of the best novels in Mexican literature.” —Sergio González Rodríguez, La Jornada

“Sergio Pitol in the splendor of his mastery. A great novel.” —Florian Borchmeyer, Frankfurter Allgemeine Zeitung

<p>Sergio Pitol Demeneghi (1933-2018) was one of Mexico&#8217;s most influential and well-respected writers, born in the city of Puebla. He studied law and philosophy in Mexico City and spent many years as a cultural attach&#233; in Mexican embassies and consulates across the globe, including Poland, Hungary, Italy, and China. He is renowned for his intellectual career in both the field of literary creation and translation, with numerous novels, stories, criticisms, and translations to his name. Pitol is an influential contemporary of the most well-known authors of the Latin American &#8220;Boom,&#8221; and began publishing his works in the 1960s. In recognition of the importance of his entire canon of work, Pitol was awarded the two most important prizes in the Spanish language world: the Juan Rulfo Prize in 1999 (now known as the FIL Literary Award in Romance Languages) and the Cervantes Prize, the most prestigious Spanish-language literary prize, often called the &#8220;Spanish language Nobel,&#8221; in 2005. His trilogy of Memory and&#160;<em>Mephisto's Waltz</em> are available from Deep Vellum in translation by George Henson.</p> --Questo testo si riferisce alla paperback edizione.